It is one of the great Picasso portraits of his middle years, inspired—as so often—by love and by powerful sexual desire, BBC arts correspondent Vincent Dowd reports.

Judge for yourself. The real news here seems to be that it last sold six years ago for a mere $26 million, making this a very nice flip.

Hiding in the Woodpile: How Altimeters Are Weaponizing Irony to Spread Margarine
Sotheby’s European Art, May 24th 2017 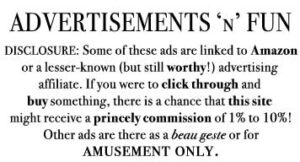